An eclectic collection of technical learnings and assorted challenges, for... reasons.

A couple of months ago, the team at my day job asked me to write something for Mental Health Awareness Week, so today I'm sharing some of my personal experiences around depression. It's one of my longer articles, but the key message I want you to hear is: If you're struggling, speak with someone. Seriously, just lean over to your mate now and say "Hey, did you see that article from Eric today?" – that's all it takes to start a conversation, and believe me: sharing your feelings is a solid way to start getting on top of them.

The year was 2011, maybe February, about 10pm... the kids were in bed, school lunches packed, teeth brushed. It was a normal part of a normal bedtime routine for the whole household. I don't particularly recall anything happening... but I remember looking at my wife and saying, "Shit... I think I'm depressed". In the morning I phoned my doc (that was the hardest part) who started me on Fluoxetine - the medication that supported me throughout my recovery. Making that phone call the first step in a long journey, but it cemented my realisation that I was struggling, and that I needed help.

The New Zealand Mental Health Foundation says that one in six New Zealand adults have been diagnosed with a common mental disorder (depression, anxiety, bipolar) at some time in their lives. And behind every diagnosis, there are a host of other staunch people who have struggled and pushed to battle through it silently, sometimes with heart-breaking results. (Rest easy, Deano 💔). According to the World Health Organization (via health.govt.nz), mental illness accounts for 15% of the total burden of disease in the developed world, with depression set to become the second leading cause of disability in the world by *checks watch* ... 2020.

Realising I was depressed came as quite a shock to me. I've always been the dude who has a smile on his face, laughs at every opportunity, and gets super enthusiastic about super niche things. I was running a reasonably successful business at the time, really enjoyed my work and my colleagues, had a thriving family... It didn't make a whole lot of sense to me. Things were looking good! 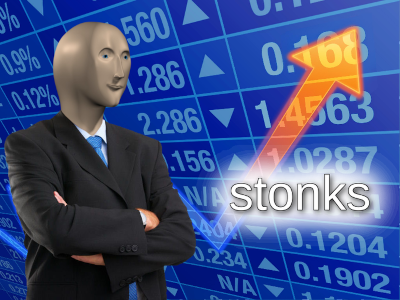 In retrospect, all of that was true, but it's only part of the picture. I was exhausted, working at least 60 hours a week, I rarely had real (uninterrupted) time to spend with my family, and there was a huge mental burden knowing that 16 individual lives were reliant on the income that the company created... a company which, though financially "fine", was never financially "flourishing". I'd lost touch with friends, stopped exercising, and wasn't engaging in anything I truly loved. Things were not looking good. 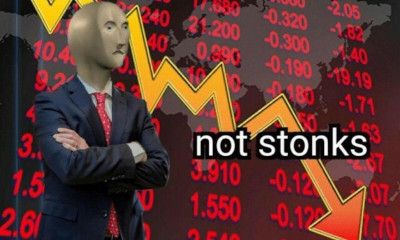 Depression was not what I expected. People talk about the "black dog" of depression, and I guess I expected it to be "feeling sad all the time". I rarely felt sad; I just felt numb and disengaged, and it felt like my head was full of mud. Instead of heading off on my mountain bike or making plans for after work, I'd rather sit on the couch and scroll through social media until bedtime arrived. But when I did end up in a social situation, I could easily engage and laugh and chat – enough that nobody suspected how I was feeling. Years later, when I was sharing my experiences with a friend, I described it as "the shine had gone off everything". Disinterested, disengaged, foggy-brained, and no motivation to change any of it. (big note: this is how I felt it, but folks experience depression differently)

What helped me through? Firstly, medication. Antidepressants usually take a full two weeks to kick in, but before long I realised that the general foggy/muddiness of my brain was starting to lift. I could mentally take things in again, and I was a little less detached... enough that I could turn up somewhere voluntarily. Once I was able to actively engage a little, I started exercising a bit. We all know that exercise is a strong antidepressant, but I needed help in order to do that. And the third thing that helped – once I'd been on meds and exercising for a couple months, I had the capacity to visit friends, share stories, and make regular commitments. My mate Russell and I would catch up every Friday at 5pm, cook dinner for our combined families, and then spend hours talking, playing guitar, singing, and just generally enjoying friendship. That connectedness is what I finally needed to recover from depression.

Important note: Everyone is different, and that difference is rarely more pronounced than in mental health. For example, the medication that worked for me may not work for everyone, and medication often doesn't work alone. Friends of mine have tried three or four different types of antidepressants before finding one that helped, and counselling often plays a critical role in recovery. 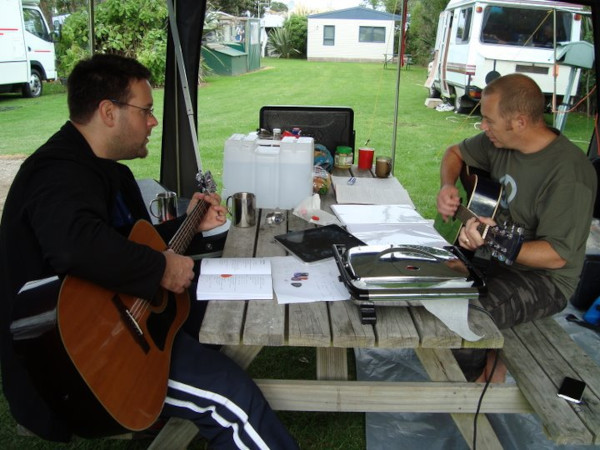 Ol' Rusty and I, glamping at Athenree Campground, in 2011

Connectedness with community and friends is one of our most powerful contributors to happiness and that sense of fulfilment we yearn for. Humans are very social creatures, and it's essential to our wellbeing to engage and bring value to our social circle. We all need to put time into our friendships, our community, and our passions – neglecting these can bring a much greater cost than we expect, and it's hard to dig yourself out once you're in that hole. In fact – your friends and community are critical to pulling you out, which is why opening up and talking about it is so important. We can't help if we don't know.

To finish up this article, I thought I'd share a couple of resources. I went through my depression at the same time as Hyperbole-and-a-Half author Allie, who has a comical story here. A less-silly comic was drawn up by artist Colleen Butters here, which I also recommend. Lost Connections by Johann Hari is an excellent book, bringing together research from the last fifty years, with a focus on social connectivity. And if someone reaches out to you for support, there are some resources on how best to help at the Mental Health Foundation